In 1978 Sid became a founding member of the Delaware Valley Paleontological Society of the Academy of Natural Sciences in Philadelphia. Through the years he sat on the Policy Committee, chaired the Scholarship and Field Trip Committees, served as the President of the Society in the late 1980’s, and sat on the Board of Directors until 1995. In the mid 1980’s Sid also worked as a fossil preparatory for the Academy of Natural Sciences of Drexel University in Philadelphia, helping to erect dinosaurs for their new Dinosaur Hall. He also sat on the Development Committee in 1994 and 1995 for the second phase of Dinosaur Hall.

In addition to teaching the earth sciences, Sid used his summers and sabbaticals to continue supporting his interests in these sciences. His field experience includes dinosaur research in the Cretaceous Judith River Formation of central Montana in the mid 1980’s, at a site excavated by an expedition sponsored by the Academy of Natural Sciences in Philadelphia and the University of Pennsylvania. This field work produced many dinosaur fossils including a new species of ceratopsian named Avaceratops lammersi.

In 1986 and 1987 Sid worked as a field researcher in the Cretaceous Two Medicine Formation in northwestern Montana for the Museum of the Rockies and Montana State University. Numerous dinosaur fossils were recovered, including the type specimen of a new species of ceratopsian named Achelousaurus horneri.

From 1988 to 1992 Sid worked as the lead instructor for the Museum of the Rockies at the Egg Mountain dinosaur field school. It is noted that this field site was used as the inspiration for the field work done during Jurassic Park. Of the four dinosaur excavations sponsored by universities during those years, this was the only one conducted as an official field school. It was conducted in the Two Medicine Formation to continue research into dinosaur behavior such as nesting and herding.

After retiring from teaching in 2005, Sid started volunteering his time to science departments in museums. This includes the State Museum of Pennsylvania, where he spends his time in the Section of Paleontology and Geology with Steven Jasinski. In addition to duties including managing the collections and preparing specimens, Sid also assists in research, particularly in areas of his interests. These include investigating the feeding behavior and biology of large prehistoric sharks, identification of dinosaur-age (Mesozoic Period) Jurassic fossil insects, and the growth stages of Devonian trilobites from north-central Pennsylvania.

Similar to the beginnings of many paleontologists, Sid’s youthful interest began in childhood with story books about the past and small toy dinosaurs from cereal boxes. This interest persisted throughout his life as he sought to enrich each day with excitement and wonder. He developed an intense interest in earth science and natural history that continues today.

Sid graduated with a teaching degree from Millersville University in 1973. Following graduation Sid taught Earth, Space, and Environmental Science in the Philadelphia area for the next 32 years. Through continuing education, he was awarded a Master’s Equivalency Certificate by the Pennsylvania Department of Education in 1995. 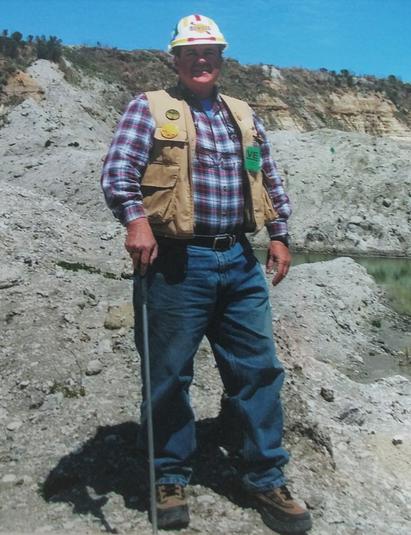