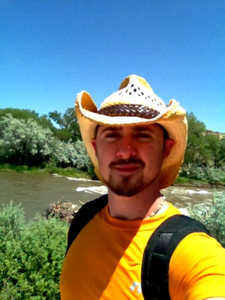 I am Steven E. Jasinski, an American paleontologist and zoologist in the Department of Environmental Science and Sustainability at Harrisburg University of Science and Technology in Harrisburg, PA.

I graduated from Susquehannock High School in Glen Rock, PA, and went to Pennsylvania State University afterward. I graduated from Penn State with a B.S.  in Geobiology. Along the way I was advised by Dr. Peter Wilf, a paleobiologist, and Dr. Russell Graham, a vertebrate paleontologist. Following Penn State, I attended East Tennessee State University for my M.S. Dr. Jim Mead was my thesis advisor and committee chair, while Drs. Blaine Schubert and Steven Wallace were other committee members. All three are vertebrate paleontologists. More recently, I finished up my Ph.D. at the University of Pennsylvania working with Dr. Peter Dodson, and I had the pleasure of having Drs. Herman Pfefferkorn, Donald B. Brinkman, Douglas J. Jerolmack, and Reto Gieré on my doctoral committee.

Other than my direct education, I have had the opportunity to work and volunteer with several museums to further my education. I began volunteering at the Earth and Mineral Sciences Museum at Penn State while working on my bachelor's degree. Much of this involved the picking and sorting of microfossils, particularly from the Neogene. I volunteered for a summer for field work with the Denver Museum of Nature and Science. We focused on fossils from the Morrison Formation (Late Jurassic) in the Garden Park, Colorado area. Immediately following my time at Penn State I got into contact with Dr. Robert Sullivan at the State Museum of Pennsylvania. I volunteered for a while, and was hired on a part-time basis. After Dr. Robert Sullivan retired from the State Museum of Pennsylvania I began working in the section. I ran and was the head of the Section of Paleontology and Geology at the State Museum of Pennsylvania for 10 years. I am now teaching at Harrisburg University, enjoying teaching and advising students.