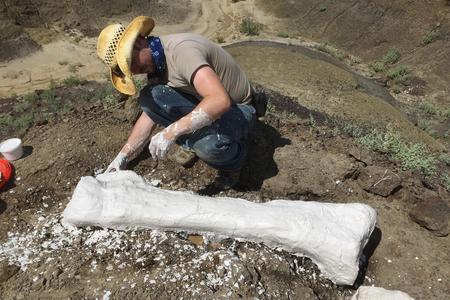 Field work is one of the most important parts of the job for almost all paleontologists and geologists. I have spent the last decade completing field work throughout various places, many of them in the Eastern United States and in New Mexico, although I have also conducted field work in other countries around the world as well, such as China, Canada, and the United Kingdom. 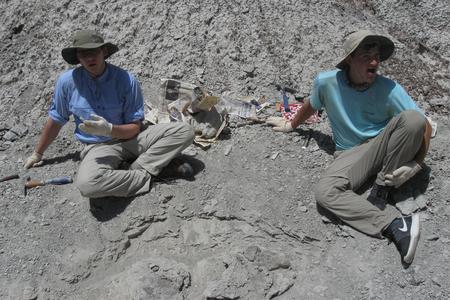 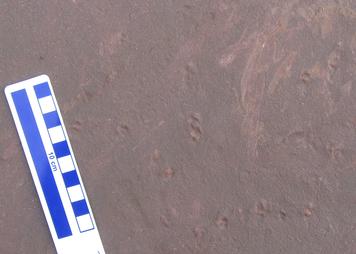 Much of my earlier field work dealt with invertebrates closer to home in Pennsylvania. The majority of this field work and fossil collecting focused on the Ordovician and the Devonian, with a bit of work at Red Hill, PA, a locality known for some of the earliest tetrapods known. I have continued collecting fossils in Eastern North America, and much of that still occurs in Pennsylvania. In addition to searching for more vertebrate fossils in the state, I spend time in older strata, and even collected some of the oldest eurypterid material from the state recently. I also keep on the lookout for new fossil localities and have been attempting to find new Pleistocene-aged fossils in the state as well.

Later, after volunteering and being hired at the State Museum of Pennsylvania, I have spent several summers conducting field work in the Late Cretaceous of the San Juan Basin in northwest New Mexico, continuing to collect dinosaurs and other fossils from these strata, such as turtles and crocodylians, among others. 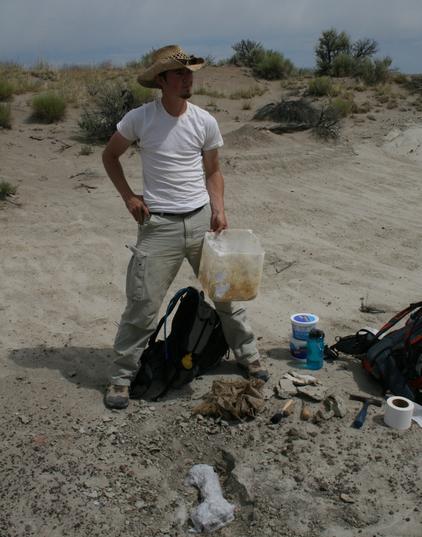 I still conduct field work on a relatively constant basis. There are several sites that are collected in Pennsylvania, and we are consistently looking for more localities, particularly those that could potentially lead to larger scale quarrying. We also do some collecting in nearby states such as New Jersey and Maryland. Additionally, I maintain the field program in the San Juan Basin in New Mexico working in the Cretaceous and Paleocene. Much of the material recovered are dinosaurs, and every summer when we return we find new and exciting dinosaur fossils. I have taken out others in the past, including students, so if anyone is interested in potentially joining in this field work, be it nearby or out west, feel free to contact me and ask for further information.