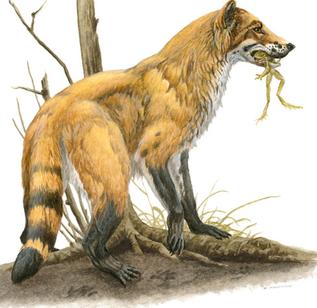 Cynarctus by Mark Marcuson at the University of Nebraska State Museum

A major area of research involves members of the Carnivora, including both fossil and Recent members. This work partially focuses on the biomechanics of the group and the roles these predators play in the ecosystems they are a part of. Rather than looking into the biomechanics of the skull, as most researchers tend to do, I focus more on the postcranial biomechanics of these animals, in particular the felids. While it is assumed that most of these animals are fairly conservative postcranially, my work is finding that there is more variation than previously assumed, allowing them to behave at least slightly differently. Additionally I investigate the faunal dynamics of carnivorans in various ecosystems and faunas. Using modern analogues, I aim to better understand how predators were living in the past, and using fossil analogues I am able to infer potential changes in the future for modern ecosystems and faunas. 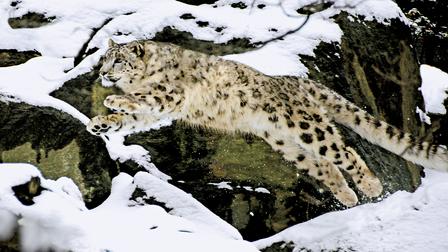 Some of my work with carnivorans also is helping determine if fossils represent new taxa. Since scientists can't find all the fossils, many fossils are found by non-scientists and amateurs. Scientists rely on the hard work of amateurs and others to locate many of the fossils they work on. Among these was the tooth of an ancient bone-crushing dog from the west side of the Chesapeake Bay that was found by an amateur and donated to the Calvert Marine Museum. While the new species was named after a scientist who worked with these animals, it probably would have been named after the amateur collector who discovered it if that person had left their name with the specimen when it was donated. I often try to honor collectors of important fossils when they are donated to museums and are able to be studied. If you have any questions about that kind of thing, feel free to contact me or a local museum or scientist who works with fossils. 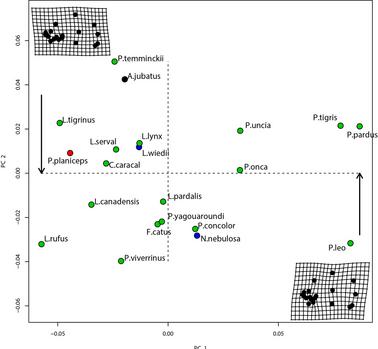 Faunal dynamics basically refers to the makeup of a fauna within an ecosystem, understanding its components, and seeing how it changes over time. Paleontology and fossils provide biologists and ecologists a time component that is most often inferred without the information these former things provide. By studying carnivoran faunal dynamics, scientists can learn about how the carnivores in an ecosystem or environment reacted to, and were affected by, changing conditions. This provides scientists data that can be useful in determining what the future may hold and the effects of today's conditions on animals and ecosystems.